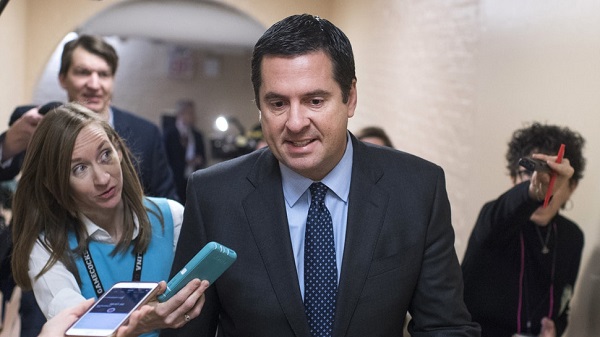 California lawmaker, Rep David Nenes ripped into the media for trying to suffocate the fire under Gavin Newsom. The California Governor is facing recall but most in California are being denied any details about it. While speaking to Trey Gowdy, Nunes called California’s media ‘propaganda’.

“What is success in terms of this recall?” Gowdy asked.

“Just getting these issues out in front of the people of California. So one thing that’s happened here is there is no real media. So the media out here in California is essentially, you know, the very few people that talk about this and the problems of California, Fox News, and a few other channels, but by and large, the media here is a propaganda arm of the socialist party. It’s how we ended up with a guy like Newsom who had never done anything in his life,” Nunes answered.

Although he claimed the media is firmly against recalling Gov. Gavin Newsom, Nunes explained that issues regular Californians are facing are becoming too big to ignore.

“It’s real simple. Gas prices are $5 in many cases, highest in the country. We have power outages that continue to happen. We have fires that burn, and we’re out of water, by the way, because we continue to let water out in wet years, let it flow in the ocean. So all these things happening at the same time, and I think people are looking around, and they see Elder, they see signs, and look, he’s got momentum,” Nunes said.

Nunes considered recall allies pointing out “the problems that socialism has caused in California” alone is a victory, though the closeness of the race can send a message to the rest of the country.

“And, my God, if we pull this off and Newsom is recalled, it sends a hell of a message. But look, there’s a lot more left-wingers out here in this state than there are Republicans. But the fact that this is a close race, I think means something for the rest of the country,” Nunes said.

Over the weekend, Newsom admitted that he could indeed be recalled from his position and replaced by Republican candidate Larry Elder.

Newsom, battling to remain CA governor past the September 14 recall election, made the comments about Mr. Elder during a campaign stop at a Mexican restaurant this weekend. The Democrat tied Elder to former President Donald Trump, seemingly to frighten West Coast leftists into stronger support.

The post Nunes Blasts Media Corruption For Covering For Newsom appeared first on The Beltway Report.