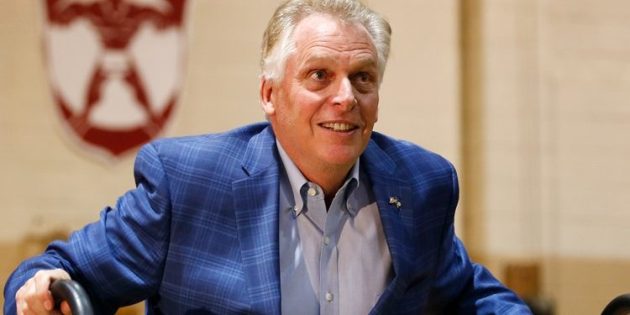 Terry McAuliffe wants to be governor of Virginia once again and one of his main issues seems to be to get parents out of the equation for the schools their children attend. I can remember when school boards and politicians in both parties wanted parents to be more involved. But in the age of indoctrination, both socially and sexually, parents present a major roadblock.

In order to thwart the will of the people and to bring socialism to this country, they must eliminate all dissenting opinions from parents.

During a debate with Republican Glenn Youngkin, McAuliffe said:
“I don’t think parents should be telling schools what they should teach.”

This comes on the heels of a parent’s complaint that the school library had books that promoted pedophilia and indoctrinate that it is normal for kids to engage in sex with adults, including gay sex.

After the parent of one of the students read the disgusting excerpts from the books, the Fairfax board of education reluctantly removed the books from its shelves, but unless I miss my guess, they will sneak similar books into the libraries to replace the ones that were removed.

Youngkin disagreed with McAuliffe. Although he agreed that the board would make the decision, parents should be allowed to voice their opinions on the decisions made by the board. He also pointed out that McAuliffe had vetoed a bill giving parents the right to know what the schools are teaching.

“What we’ve seen over the course of this last 20 months is our school systems refusing to engage with parents. In fact in Fairfax County this past week, we watched parents so upset because there was such sexually explicit material in the library they had never seen, it was shocking. And in fact, you vetoed the bill that would have informed parents that they were there. You believe school systems should tell children what to do. I believe parents should be in charge of their kids’ education.”

But, McAuliffe has said:

“I’m not going to let parents come into schools, and actually take books out, and make their own decision.”

This year’s election will be an IQ test of the voters. Alas, I’m afraid they are going to fail it.

The post Dem Gov: Your Kids Belong To The Government, Parents Should Not Be Telling … appeared first on The Beltway Report.