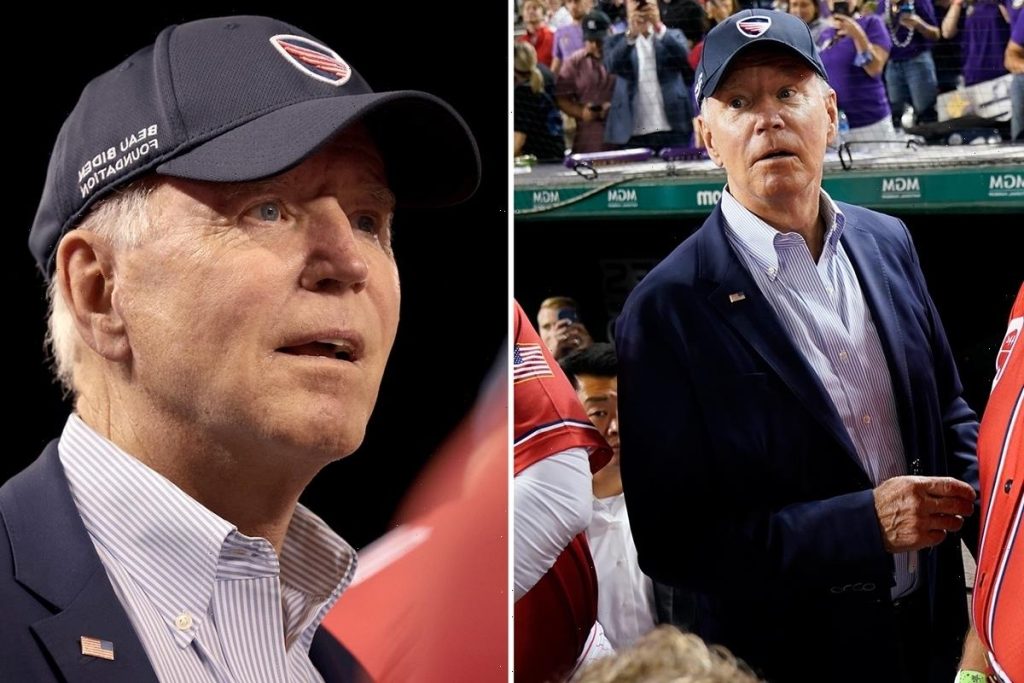 Let’s be honest, there are very few people who ‘like’ Joe Biden.  There are, however, tens of millions of Americans who hated Donald Trump because, like ‘Hard’ Bob Beaufort in the show ‘Billions’, President Trump brooks no Bullsh*t.

The Democrats’ PR arm (you may have heard them referred to as ‘the media’) spent upwards of 90% of their time trying to destroy Trump and amazingly there are still people who trust what the TV tells them.

Anyway, if Joe’s lack of ability to draw a crowd as President (who allegedly got over 80,000,000 votes, more than any POTUS ever) didn’t give you the hint that no one likes Biden … clips like this start to paint a picture that is even clearer …

Joe Biden was booed loudly Wednesday night as he took the field at the annual Congressional baseball game.

You can hear the boos and one person screaming, “Joe you suck!”

Of course, the elites were not wearing masks, including Joe Biden, in the Democrat dugout.’

What the hell has happened to this country?  How did we go from being the center of industry and education to a nation of mindless slaves?

The post Video: Biden Gets HUMILIATED At Baseball Game In Epic Video appeared first on The Beltway Report.

« Previous Post Dem Gov: Your Kids Belong To The Government, Parents Should Not Be Telling … Next Post » “I Wouldn’t Even Be the Worst Person at CNN. He’s Got Jeffrey Toobin Rubbing One Out During a Zoom Call” – Matt Gaetz ABSOLUTELY Shreds Don Lemon and CNN (VIDEO)