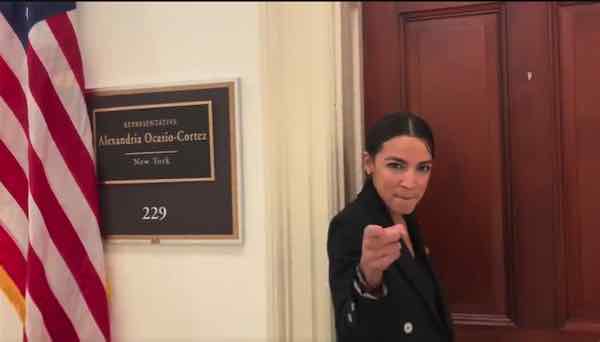 There is one good thing you can say about AOC and if I ever find out what it is, I will tell you. But for now, calling her a drama queen is a vast understatement. After the January 6th incident, she has been playing the victim. She told anyone who would listen that she was scared that she was about to die until we found out she wasn’t even in the Capitol Building that day.

The protesters breached the Capitol Building but AOC was in her office in the Rayburn Building. Looking at the map you can easily see they are not even close to each other and are separated by Independence Avenue. The only way her life was in danger is if she got a paper cut and it got infected.

But, it gets worse. Now, she claims she was afraid that she was going to be raped by the protesters. Personally, I wouldn’t cross the street for that, let alone travel that far. AOC told CNN’s Dana Bash, the only woman who may be less intelligent than AOC herself, that she was afraid of being raped. Why does anyone take her seriously anymore?

I remember when I was afraid I was going to die in the World Trade Center on 9/11 because I could see the attack on TV while I was in Cincinnati. But, I wasn’t afraid of being raped.

“White supremacy and patriarchy are very linked in a lot of ways. There’s a lot of sexualizing of that violence and I didn’t think that I was just going to be killed, I thought other things were going to happen to me as well.”

“One of the reasons why that impact was so doubled that day is because of the misogyny and the racism that is so deeply rooted, and animated that attack on the Capitol.”

A professor of sociology told USA Today at the time:

“Watching these images are triggering for people who experience the everyday violence of white male supremacy, whether that’s Black men who are patrolled by white police officers on the street or women who feel threatened by white men in their spaces on a daily basis. It’s a reminder of the everyday stresses that come with living in a world that’s shaped by white masculinity and that your wellness comes second to their expressions of dominance, which they see as their right.”

When I think of AOC and that professor, only one thought runs through my mind:

The post Wait, What? Sex With AOC? AOC Says Who Wanted Have Sex With Her? Huh? appeared first on The Beltway Report.