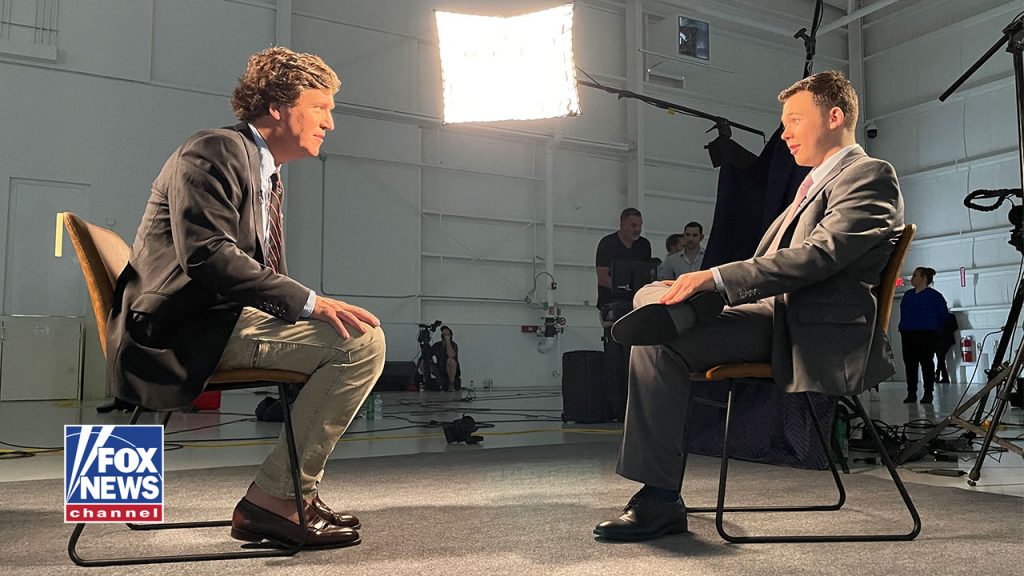 During an interview with Fox News’s Tucker Carlson, Kyle Rittenhouse said that he has plans to hold the media outlets who told falsehoods about his case accountable. The young man has always held that he was acting in self-defense when he killed two people and wounded another, all three of which attacked him and he felt they were trying to kill him.

On Friday, Rittenhouse was found Not Guilty on all five charges that should have never been filed in the first place. The trial at the Kenosha, Wisconsin, courthouse took place last week for the shootings that occurred on August 25, 2020 during the violent riot taking place over the police shooting of criminal Jacob Blake. The media lied about the Blake case, too.

At one point in the interview, Carlson asked him if he was going to after the people who mailigned his character during the entire ordeal. Rittenhouse said that he is going to take legal action against those in the media who labeled him as a white supremacist.

“I have really good lawyers who are taking care of that right now,” Rittenhouse said. ”So, I’m hoping one day there will be some, there will be accountability for the actions that they did.”

“Like I said, I have really good lawyers handling that,” Rittenhouse said.

Many people are saying that Rittenhouse probably can’t file suit against the reprobates at Fake News outlets who called him a racist, a white supremacist, and a murder, because courts in the past have said that it is legal to call someone a racist even if they are not. Free speech is just that. However, I believe it’s more than the right to free speech. I believe it can be easily demonstrated that Fake News hosts like MSNBC’s Joy Reid who continually referred to Rittenhouse as a white supremacist in order to change the direction of his trial, did so to contaminate the jury with false accusations about the 17, then 18-year-old Rittenhouse’s character to guarantee a guilty verdict. That type of speech was intentionally jeopardizing his freedom.

Nicholas Sandmann, the Covington Catholic School student who was vilified by the media back in January 2019 after a known activist Native American continually beat a drum in his face for no reason, tweeted out on Sunday that he talked with Rittenhouse on the phone and that Kyle was in “good spirits.”

Just got off the phone with Kyle. He’s in great spirits!

Sandmann sued multiple media outlets for defamation of character and won settlements that are still undisclosed from CNN and the Washington Post where truth goes to die.

Rittenhouse told Carlson that the charges against him seemed like the same “mob mentality” that led several ANTIFA soy boys to attack him on the night of the shootings.

“I didn’t know I was gonna be arrested for defending myself because everything was on video,” he claimed. “But part of the reason I think I was arrested is because of the mob mentality. And they were like, ‘Oh yeah we’re just gonna arrest him’ even though there was videos already out showing I was attacked and having to defend myself.”

He continue, “And apparently, to a lot of people on the Left, it’s criminal to want to protect your community.”

Rittenhouse told Carlson that his case was never about race, and was always about the right to self defense.

“I’m not a racist person, I support the BLM movement,” he said. “I support peacefully demonstrating, and I believe there needs to be change. I believe there’s a lot of prosecutorial misconduct not just in my case but in other cases.”

“It’s just amazing to see how much a prosecutor can take advantage of somebody,” he said. “Like if they did this to me, imagine what they could have done to a person of color who maybe doesn’t have the resources I do or is not widely publicized like my case.”

Rittenhouse also said he feels then candidate Joe Biden “defamed” him when he tweeted out a video in 2020 suggesting that he was a white supremacist.

“It’s actual malice—defaming my character for him to say something like that,” he said.

I hope he does go after the people who maligned him. They are the reason why riots happen. They are the reason why there is so much division in this country. They egg people on. They intentionally twist facts and create false narratives for political goals that often cause chaos and mayhem. People have died based on violence their lies generated. I hope the young man is successful in hurting them economically and politically so badly that they will think twice in the future about causing such divisions in our country.

The post Kyle Rittenhouse Just Dropped A BOMB On Tucker Carlson … This Will DESTROY Them appeared first on The Beltway Report.

« Previous Post Here We Go: Mask Mandates Extended To Private Homes Next Post » Milwaukee DA John Chisholm Is to Blame for Waukesha – He Ignores Crimes, Harasses Republicans, and Sets Low Bails that He Guaranteed Would Set Killers Free Murdering Others