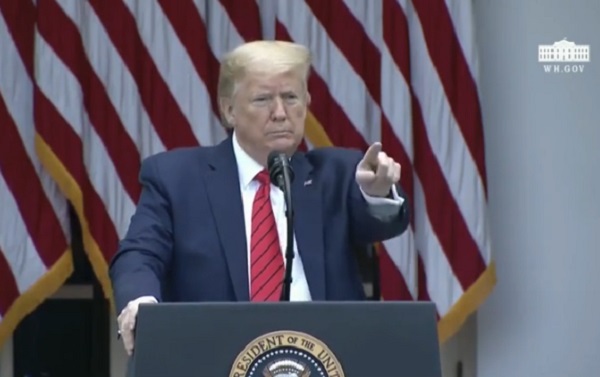 Two federal judges who were appointed to the bench by former President Donald Trump are now dismissing claims being made by January 6 defendants over how they are being mistreated because of their conservatives views and because they supported Trump in the 2020 election, in ways that leftist rioters from the 2020 “Summer of Love” riots are not.

Judge Trevor McFadden on the US District Court in DC said on Tuesday that the January 6 defendants didn’t have enough evidence to show discrimination, according to CNN.

January 6 defendant, David Lee Judd, asked that McFadden examine Justice Department records about prosecutorial decisions in Portland cases and wanted him to compare how he is being treated unfairly when compared to the Portland riots cases.

On Tuesday, McFadden responded by saying that the Portland riots didn’t risk the same safety threats that the January 6 protests did at the US Capitol in DC, despite the fact that federal buildings were attacked in both cases.

“The Portland defendants primarily attacked at night, meaning that they raged against a largely vacant courthouse,” McFadden wrote in his ruling. “In contrast, the January 6 rioters attacked the Capitol in broad daylight. And many entered it. … Their actions endangered hundreds of federal officials in the Capitol complex. Members of Congress cowered under chairs while staffers blockaded themselves in offices, fearing physical attacks from the rioters.”

The point that Judd was making was he is being treated unfairly at the DC Gitmo jailhouse when compared to defendants arrested over riots in Portland. Is the judge saying that the things we learnedthat are happening inside the jail to the January 6 defendants by DC jail guards is perfectly fine because they rioted during the day? Mistreatment during incarceration has nothing to do with the imposed incarceration. Murderers are treated better than the January 6 defendants. One of the defendants lost an eye from being beaten by guards, for goodness’ sake.

Judd has been charged over the two and a half hour fight that took place inside one of the Capitol tunnels. He pleaded not guilty to prosecutors who accused him of throwing a firecracker at police who were fighting to hold back protesters. Judd has pleaded not guilty.

Last week, the other judge appointed by Trump, Judge Carl Nichols, who is also at the federal court in DC, is presiding over the case of January 6 defendant Garrett Miller, and said that there were “obvious differences” between the protests in Portland and at the US Capitol, and ruled in the same manner as McFadden, that the DC protests had put hundreds of government officials in danger.

“The Portland rioters’ conduct, while obviously serious, did not target a proceeding prescribed by the Constitution and established to ensure a peaceful transition of power,” Nichols wrote in his decision. “Nor did the Portland rioters, unlike those who assailed America’s Capitol in 2021, make it past the buildings’ outer defenses.”

But that doesn’t give the jailhouse guards the right to assault the January 6 defendants.

However, McFadden criticized the DOJ for dropping 27 cases in Oregon, 5 of them felonies, via decisions that were made while Trump was still president and then after Joe Biden took over in January. McFadden said that the DOJ’s actions were “suspicious.” Don’t forget that throughout his 4 years in the White House, Trump had barely any control over the DOJ as it was filled with rogue officials who did everything they could to have him removed from office over mostly bogus accusations.

“Rarely has the Government shown so little interest in vigorously prosecuting those who attack federal officers,” McFadden wrote in his ruling. “Especially during moments of politically charged unrest, the Justice Department must strive for even-handed justice. Judd raises troubling questions about the Department’s adherence to this imperative in Portland.”

The post Two Trump-Appointed Judges Stab Patriots In The Back appeared first on The Beltway Report.